Note: This is an old post from 2012 published on a previous blog, but it's good and still relevant, so why not?

I’m rereading KLF’s The Manual and after all these years it’s still pure genius. Technology has come a long way and most chapters about booking studios and distribution are quite outdated, but the main ideas about music and how to put out a successful single are sound. 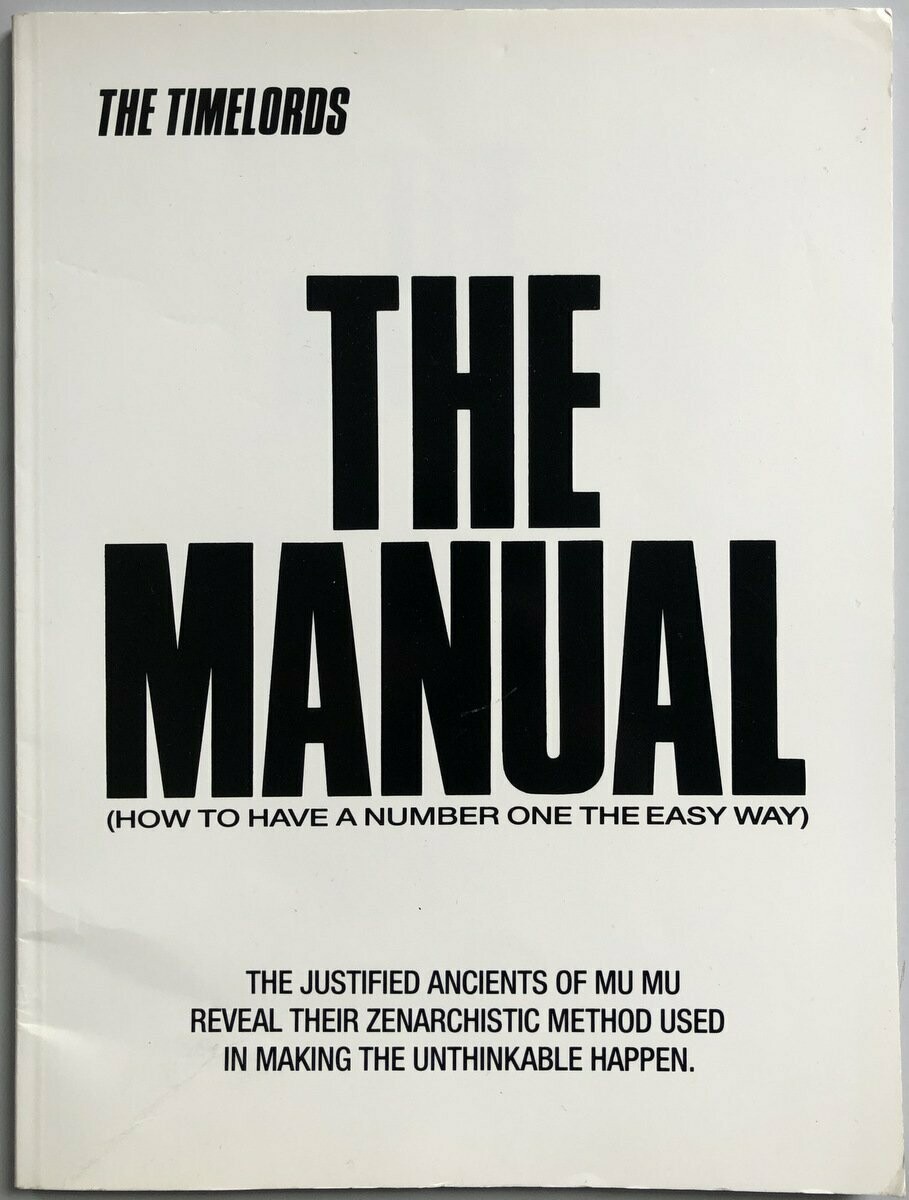 Take for instance the Golden Rules:

Firstly, it has to have a dance groove that will run all the way through the record and that the current 7” buying generation will find irresistible. Secondly, it must be no longer than three minutes and thirty seconds (just under 3’20 is preferable). If they are any longer Radio One daytime DJs will start fading early or talking over the end, when the chorus is finally being hammered home – the most important part of any record. Thirdly, it must consist of an intro, a verse, a chorus, second verse, a second chorus, a breakdown section, back into a double length chorus and outro. Fourthly, lyrics. You will need some, but not many.

While nobody really cares too much about radio these days, successful pop songs follow those rules to the letter – in fact they have been radicalized, many songs start with the hook straight away. Just look at the past #1 hits; it’s all there. Also, on originality:

It is going to be a construction job, fitting bits together. You will have to find the Frankenstein in you to make it work. Your magpie instincts must come to the fore. If you think this just sounds like a recipe for some horrific monster, be reassured by us, all music can only be the sum or part total of what has gone before. Every Number One song ever written is only made up from bits from other songs. There is no lost chord. No changes untried. No extra notes to the scale or hidden beats to the bar. There is no point in searching for originality. In the past, most writers of songs spent months in their lonely rooms strumming their guitars or bands in rehearsals have ground their way through endless riffs before arriving at the song that takes them to the very top. Of course, most of them would be mortally upset to be told that all they were doing was leaving it to chance before they stumbled across the tried and tested. They have to believe it is through this sojourn they arrive at the grail; the great and original song that the world will be unable to resist.

So why don’t all songs sound the same? Why are some artists great, write dozens of classics that move you to tears, say it like it’s never been said before, make you laugh, dance, blow your mind, fall in love, take to the streets and riot? Well, it’s because although the chords, notes, harmonies, beats and words have all been used before their own soul shines through; their personality demands attention. This doesn’t just come via the great vocalist or virtuoso instrumentalist. The Techno sound of Detroit, the most totally linear programmed music ever, lacking any human musicianship in its execution reeks of sweat, sex and desire. The creators of that music just press a few buttons and out comes – a million years of pain and lust.

We await the day with relish that somebody dares to make a dance record that consists of nothing more than an electronically programmed bass drum beat that continues playing the fours monotonously for eight minutes. Then, when somebody else brings one out using exactly the same bass drum sound and at the same beats per minute (B.P.M.), we will all be able to tell which is the best, which inspires the dance floor to fill the fastest, which has the most sex and the most soul. There is no doubt, one will be better than the other. What we are basically saying is, if you have anything in you, anything unique, what others might term as originality, it will come through whatever the component parts used in your future Number One are made up from.

The Manual is not only a timeless classic, it’s been proven to work numerous times. The Pipettes used it. Also Chumbawamba, The Klaxons, Calvin Harris, and many more who won’t admit it. It’s true that anyone who uses it will make disposable pop music, but what’s a #1 hit but precisely that?

The full text of The Manual can be found online in a few places, and since it’s been out of print for so long, nobody cares about the piracy (heck, the KLF would probably be for it). Just go out there and grab it.